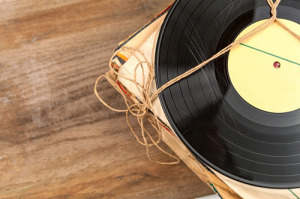 Can you hear that guitar riff in your head?
Well, seems it’s summer again in this part of the world, so why don’t we celebrate it with a post dedicated to a hit summer song? This time my choice is “All Summer Long” by Kid Rock.

I was doing some stuff at the mall while suddenly noticed that tune coming out of the speakers…You know, those tiny little speakers high above on the ceiling.
Despite all the noise around me, despite the distance and all the limitations you can imagine, the song was there, loud and proud.
That made me think: ”Wow! That sounds cool… That is how a pro commercial mix is supposed to sound! I need to check it out as soon as I get back home and try to discover why it’s sounding as such!”.
And so I did…
(Just in case you don’t know which song I’m talking about, here is the link to the video).

Break It Up And Learn From It

It’s amazing how much you can learn by just listening to something. I think we can learn something from any genre and artist, from Sigur Rós to Katy Perry.
It up to us to decide if and where we want to use what we learnt, then.

It’s like the boy who “steals” the art from from his master craftsman and then use it to make his own creations…and it’s absolutely free.
Just plug your headphones into your mp3 player or turn on your stereo and you’re in. From there, all you’ll need is some focus.

Back to the song, the very first thing I went in search for was to try to understand what was making that specific tune sound that good on those tiny speakers at the mall.
Let me explain: I am not saying it is one of the best representations of “Hi-Fi” sound, or whatever you want to call it! That song doesn’t feature the “best sound” you can hear, but it was sounding so “radio-y” and so spot on in that context that would have been a shame not to investigate more.

Let’s begin by talking a bit about the general equalization of this mix.
One of the first things you’ll notice is the low end. Is not that low…Yes, bass is there, but in a very limited low mids range for the most part, just to fill in the gaps while pumping up the song a tad. Said that, the tune sounds bright actually.

These choices are not just a case.
In fact, the vast majority of commercial speakers people use to enjoy music have a huge bass boost (and if not, people will boost them somehow…) and the same exact huge decay on high frequencies.
Knowing this, say you’re listening to this song on the beach (or at the mall, like I did…): the music is coming from that speaker in the distance… A good amount of high frequencies content will be lost in the air while traveling from that speaker to your ears, right? My guess is they chose to cut the lows and make the song a bit brighter to compensate and overcome things like that…

Going a bit deeper, listen to the placement of all the instruments within the stereo field.
Right from the beginning, there is a piano about 90% on the left balanced by an acoustic guitar strumming 90% on the right. These 2 instrument alone are there to add width. Then we have a bunch of electric guitars in between and, of course, the vocals and the rhythmic section.

Doing so, they gave the song a wide stereo field while keeping it highly Mono compatible.
Give it a shot in Mono… it rocks! You can still hear everything with no major phase cancellations! Considered what said above, this last thing is crucial to help the song reach as many people as possible!
People who are going enjoy it in full stereo, with a good setup and in a correct environment are the exception, not the rule, so…

The song is then kept together by carefully placed guitar fills, vocal harmonies and other minor things here and there (the guitar phrases on the second verse and the prominent tambourine right after the solo, to name a few…), to give it some variation and keep it interesting throughout all the duration.

Last but not least, the kick and the snare combo. It gives the track the solid groove it needs to keep you moving.
If you are looking for that huge kick sound, sorry to break it to you; this is not the case. The kick here it’s just doing its job of being heard on every system and it does it well without being too clicky, but that’s it. The snare is punchy, bright, fresh and gritty with a super cool reverb in the background.
You can notice it very well during the intro. It features a wide tail, seems gated somehow…all of this without messing up the rest of the mix. Great deal!

I guess there’s a lot of Hi-Pass filtering: the acoustic guitar, the solo, the piano and even the snare and the vocals…They’re all playing limited to their specific range and nothing more. This single trick is dramatically helping the song keeping its clarity and punch in the midrange even on smaller and weaker systems.

“See Here…Not There, HERE! Ok, Got Your Attention!”

Considering the genre (Country-Rock in this case), I’m not that surprised about all the choices taken.
With radio stations streaming Country 24/7 (especially in the US), commercial tunes like this are “built” to live and shine on the radio, alongside many others songs from other artists.

Think about this: I’ve been there at the mall for a while, so I’m sure I heard many different tunes… but this one got my focus over the others! From a commercial perspective, that’s the goal! That’s exactly what they wanted to accomplish with it.

The art of thinking as a listener while crafting your songs is vital to me.
For “All Summer Long”, the first proof in support of this is by no means that short sampled guitar riff at the end of each verse. It’s an obvious tribute to “Sweet Home Alabama” by Lynyrd Skynyrd and it has the power to magnetize every listener, as basically everyone has heard that tune at least once in his lifetime (If you don’t, go check it out!!).
Even if it’s the very first time you’re listening to “All Summer Long”, it will catch you with just that simple riff, just because you know the original song where it comes from!

Another thing that came to my mind is simplicity.
This song is straight and simple: solid drum grooves, catchy choruses, simple arrangement with a guitar solo in the middle and a total time of about 3.27 minutes on the radio edit (is 4.57 on the album); the perfect recipe for a commercial hit.

Of course that is just an example, as there are thousands of tunes you can pick and study, for sure.
The point here is to encourage you to focus more on songs, tones and stylistic choices and less on other things like gear and plugins.
This mindset will give you far more than any piece of gear you can buy and, again, it’s free!

So the question today is this: have you had similar experiences with other songs?
What did you learnt from them? How have they changed your way of approaching a new mix?
Share your answers below!

A few days ago I received a new rock song to mix. Downloaded and unpacked everything, fired up Pro Tools and imported all the tracks,...