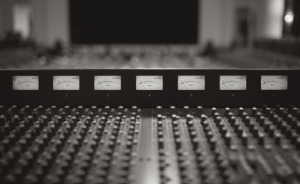 Here on R64, one of my goals is to help home studio folks like you get the best results you can out of your work, time and money, and I think answering specific questions from you is one of the most effective ways to accomplish that.

Today, I have some great questions from one of my readers regarding the posts I wrote last week about my 10 essential mastering guidelines.

Josh “Moose” (cool nickname btw…) was concerned on how to prepare his mixes for the mastering stage and how to approach mastering when you have to deal with an album or EP.
I’m not a mastering engineer, but I learned so much from people who are, so I want to do my best to answer his questions here on the blog.

When you are bouncing your mixes, do you try and get all the mixes at a particular DR, RMS, peak about the same or….?

Note: In case you don’t know, DR stands for Dynamic Range and tells us something about the internal dynamics of the song, while RMS is basically the average level of the song and represents how loud the music “feels” for us.

During mixing, my only real concern on this subject is to keep both individual tracks and the master bus averaging around -18dBFS.

I usually use my trusty Klanghelm VU meter to do so. The VU meter is calibrated to -18, so the needle read 0dBVU when hit by -18dBFS. Then I keep the levels around 0dBVU.
That’s a pretty good and conservative RMS level and it’s roughly the same way things were done back in the analog days. You won’t clip, with peaks jumping around -10dBFS or so, and you’ll leave some headroom above for any further processing.

Knowing how to deal with a VU meter will make your life a lot easier in my opinion but you don’t necessarily need one. You can look at the meters of your DAW and try to get an approximation of the average level “by eye” as well.

I don’t care that much about loudness or DR while mixing. It’s more of a mastering thing to me. I just try to go where the song (and the artist/producer) wants me to go, following what the song dictates. I almost don’t even think about mastering when mixing.

Say you’re doing an EP or full album. When you bounce you mixes, do you bounce them all and put them ALL in ONE session for mastering? If you do, do you have plug-ins that are set the same through out all the songs or do that all change?

Yes. I bounce all the mixes separately (at 24bit with dither) from their own session into a common folder. I use to dither every mix because my DAW (and most likely yours too…) processes audio at 32bit floating point, so there’s bit truncation when going from 32 to 24, and so you’ll need dither.

After that, I open up a new project in Studio One 2 (my DAW of choice for mastering) and import all the mixes in that same project. This way I can deal with them as a whole, giving the album that cohesion and overall sense that’s one of the goals of mastering.

Concerning plugins, I tend to process each track individually, just for the sake of flexibility. Every track has its own clipper or limiter as well. Lastly, I put all of my metering tools on the master bus. Those are the only plugins common for each track.

Again, I choose this way because I feel comfortable with it, but you can by no means use other plugins on the master bus and automate them or whatever.

If you have 5 songs on the same EP, would you try and make the DR the same during mastering?

As a rule of thumb, you should aim to get roughly the same loudness/DR for each track, in order to give the EP some sense of continuity levels wise.

Notice I said “roughly”. You don’t have to be obsessed by that! I mean, you need to follow the mood of the song first. If, let’s say, song #2 is a quiet ambient song, you won’t likely need to crush it to DR8, you can keep it DR10. Then, let’s say song #3 is the classic rock anthem with power chords and so on, it’s meant to be louder and will probably be a much more compressed song from start with, so it will be easy (and safe) to reach DR8 with that.

To summarize, song #2 will sound a bit quieter than song #3, but maybe that’s exactly the way it’s meant to be…A quiet song and then the thunder when song #3 kicks in, not everything squashed and leveled out.

For loudness, my point of no return is a DR8 value. After that, your song will start to suffer and you’ll sacrifice quality for loudness, which for me is a bit pointless. However, I don’t necessarily stick to DR8. If I notice the song deserves more dynamics than that, I make it DR9 or DR10.

You should definitely ask the artist/producer what his goals were and use that as starting points, to make sure you’re pointing towards the right direction with your work.

Hope that helped guys!
Keep reading the blog, keep sending me your questions. I will do all my best to answer them.
Even if you want me to write on a specific subject, drop me a line or write something below.
Have a great day!

In Part 1 of this short series, I shared the first half of what I think are the essential things you need to be aware of to...