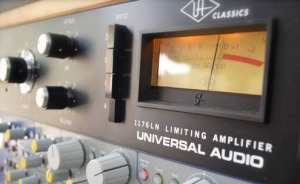 In Part 1 of this short series, we made up some clarity on what is the role of the compressor and some of its parameters.

Today I want to give you the missing points to be able to make use of compression with confidence. Read on…

Question: “How fast will the compressor react to the incoming signal that just crossed the threshold?”
The “Attack Time” is the time the compressor will take to pass from its idle state (“I’m doing nothing…”) to its active stage (“Yahoo! Time to compress now!”).
This transition is not instantaneous but it’s a slope. The shorter the attack time, the steep will be the slope and vice versa.

Common compressors (also called “downward compressors”) will reduce the level of louder parts but will not raise up the level of softer sections!
All we’re getting from the compressor is an output signal that is lower in volume if compared to the input.
Since we compressed the track, there’ll be much less differences between loud and soft moments (less dynamic range), therefore we freed up some space to lift it a bit! We can add that volume with the “Make Up Gain”.

Let’s say the louder sections of our track have been compressed (thus lowered in volume) by 5dBs…
Now we can easily compensate by raising the overall level by roughly the same amount (about 4-5dBs) using the “Make Up Gain” knob, trying to match the original signal.

To recap, with compression we turned the loudest peak down and then raised everything up to compensate. Doing so, what’s called the “average (RMS) level” of our signal is now higher than how it was before compression. The final track will therefore take up less (dynamic) space, be more consistent and perceived as louder.
That’s the goal of compression after all and that’s why compressors are usually associated with “more volume” as well.

Take your time and experiment with the different settings for both attack and release; they can have a huge impact on the compressed sound. In the end, don’t forget to level match the output with the input using the make up gain so you can do a fair comparison between original and compressed signals.

In the last part of this series, I’ll give you some guidelines to approach the use of compression.
To be continued in Part 3…

When we hear about compressors for the first time, we think at something with some kind of “dark magic” in it, something that will make...