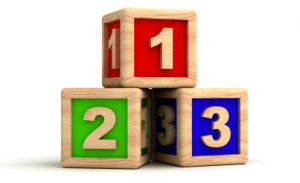 Mixing is not as easy as it would seem at the first glance. It’s not about an expensive do-it-all plugin, a secret technique or a fancy piece of equipment…

Instead, mixing is something more complex that requires both creativity, skills, planning and a huge amount of good tiny decisions. All those things merge together to give you a solid mix in the end.

Today, I want to give you 3 of the tricks I think always work in that sense, walking you down the path to great mixes! Make your steps forward!

Doing this will let you not overthink things. No guessing. There’s no time for that!
Only big picture, balance, only what’s really important from a listener’s perspective.
Pretend you have to deliver something listenable to a friend in only 10 minutes and do it!

Follow what your instinct and musical taste are telling you and move faders and panpots accordingly without thinking why you’re doing that move. No plugins allowed, just good ‘n’ old raw balancing moves. I’d say most of the times you can get your mix 70/80% done in just that short amount of time. Amazing…

Sounds fake? Try it! I tested this on my skin and it just works. Put yourself under pressure and see what happens. I do that by using a free timer app called Alinof Timer. If you’re on a Mac you’ll find it on the App Store.

When the time bell rings, put your pencil down and print your static mix! Then move on with your work and use it as a comparison to see if you went too far from what your guts were telling you in the beginning. You’ll discover 99% of the times your first thoughts were right and perhaps you’ll need to make a step back.

If you really want to get lost in mixing wasteland, all you’ll need to do is to try every single plugin you own and technique you know. That’s it! But if that’s not what you want, even in this case the solution is pretty simple. Limit your options. Having endless possibilities is likely the biggest downside of the digital world, but we can deal with it.

Choose a limited set of plugins. Let’s say 2 compressors, 2 equalizers and 2 reverbs, and craft your mix with those. Forget about the rest. Focus on getting the best balance you can using your faders first, not on what compressor to pick for leveling your vocal. That’s not as important.

Applying this rule will not just give you a better (and even faster) overall mixing experience but, most important, will really let you discover and learn your tools, ‘cause you’ll be forced to make it work with just a few of them. In the end, I guess it’s better to know all the little secrets of just a few tools, rather than having loads of them you can’t really deal with!

Whether it’s true you may need to check your mix at high levels to get a better perception of the lows, that’s useless to get a right perception about the overall balance. The truth is that basically everything sounds great at high levels. Your ears perceive it as exciting, compensating for unbalanced things and giving you something fake.

But the point is that you should aim to get your mix to sound good even at low levels and, by mixing at low volumes, you’re just doing that! You’re forcing your ears to focus and, conversely on what happens at high levels, they’ll let you hear uneven stuff with ease.

At low levels, you’ll instantly notice if something is annoying you and you’ll be able to fix it. It’s hard, but resist the urge to raise your volume. It will just give you instant gratification, nothing more. Is it what you really want? Force yourself to work this way and set your EQs and compressors to make it rock at low volumes.

And I’ll say you something more. The famous mixing engineer Chris Lord-Alge works this way as well! In an interview, he says sometimes he has to tell his assistant to make less noise while typing on his computer’s keyboard, ‘cause otherwise he can’t clearly hear the mix coming out of his speakers! He says if you can get your mix to rock and sound punchy and balanced at low levels, you’ll be pretty done at high levels as well.

These 3 lessons are not the holy grail of mixing, for sure. There are many other things involved and we all need practice and time to train our ears and develop our skills…

But by simply knowing and using this tricks you’re really boosting yourself up for much better mixes in the near future, at no cost. Just some strategy and a bit of strictness and you’re good to go.

Did you already know about these tricks?
Are there some essential lessons you learned that really made the difference for you?
Share your own journey below!

From Mixing To Mastering – How To [Reader’s Question]

Here on R64, one of my goals is to help home studio folks like you get the best results you can out of your work,...