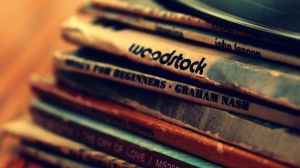 It’s not just the technical skills that define a good engineer. Think about all the top mixers out there. They are what they are for another much important thing: their taste and style.

In other words, they know how to drive each mix where it should go. They have an instinct for it. Part of their feelings translates into technical decisions giving them the chance to leave both their unique sonic and stylistic signature to the mix.

All of this lead us to a big question: how do you develop that taste? Let’s see what 2 great mixers are saying about this…

It Just Depends On What You Listen To

Is it that simple? Well, yes. If the only thing you like listening to is AC/DC, that will be the only “sonic blueprint” that will be stuck in your brains.

Name an artist or genre…If you’re limited to just that, then your musical style will mirror it. If you’re a musician, it will influence your playing; if you’re a mixer, your mixes. Now that could be fine if you’re an average listener, but it might be not good if you make music somehow.

How are you gonna churn out a pop mix, if all you listen to is just metal, let’s say? Or, do you want your songs to sound just like the static well-known vintage genre you adore, or maybe enhance them with elements from other styles and create something fresh?

Whichever is your case, if you want to get better you need to expand your tastes and rethink your listening habits. If you’re a real music fan, that won’t be much of a concern, right?

You’ve Got To Learn To Love Everything

Yes, that’s the essence. I think it’s our “course” as music makers of every kind.

If I compare my today’s music library to the one I had 6-8 years ago, it was bounded to the entire U2 discography and a few other classics, while now I can find stuff from almost any genre. From commercial pop to big orchestral music, from Sigur Rós to Katy Perry.

And, most important, I got used to like them all, at least from their sonic perspective. I can listen to a Sinatra record right after the latest Taylor Swift’s single and find good things in both of them. To me that’s impressive, because I was not that kind of guy! I was not that “open”, and I’m pretty sure if I had the chance to jump on a DeLorean and ask my “past me” to listen to Lady GaGa, he would punch me with no hesitation.

But I learned to like it, I learned to listen to everything. And that’s the key. Doing so you’ll widen your musical horizons and get better, no matter if you play the piano or you’re a mixing guy.

It’s About Listening, Not Just Hearing!

Keep in mind that listening is quite different than hearing. I wrote about this a while ago. You won’t go that far by just hearing something randomly. You’ll need to do some active listening (yes, for the stuff you don’t like as well).

You form your taste by listening, rather than hearing, meaning it’s an active process. It’s not you driving around and putting your cd on. That’s fine, but what’s important is you sitting down in front of your monitors, in your studio, putting up a track and studying it! And that’s how you form your taste! […] It’s the number 1 most important thing, and you can’t buy it at SweetWater!

The last bitter part is that this whole process takes time. Lot of time and hard work.

It’s a thing you absorb over time and then suddenly it starts coming out. Like a guitar player who tends to sound like the musicians he’s influenced by a little bit. Then you’ll take that stuff, change it and rework it and then it becomes your own stuff.

The same concept applies for mixing, as well as for any other field where art is involved.

It All Starts In Your Head

Taste is what differentiate us from the machines. If mixing was just a pure technical process, it would be easy to write an algorithm that does the job. But fortunately, mixing is not just about that…

I want to invite you to pick an artist that lies on the exact opposite of the music you like. For instance, do you like Iron Maiden, pick John Coltrane. You get the idea… Force yourself to listen to that artist, try to figure out what are the things that defines his genre and his music…The way the instruments were arranged, their placement, the specific sound of each element in that genre, the effects and so on. Otherwise, how are you supposed to know how a jazz kick drum should sound, if you don’t listen to jazz music a bit to begin with?

This way, when a mix of a similar genre will knock at your door, you’ll have the tools to drive it towards the right direction, or you’ll just have a bigger array of creative clues to pick from when writing your own songs…With a bit of taste that will be unique to you!

It all starts in your head. It’s your brain filled up with sonic informations that drives your decisions, not the tools or techniques you know. Those are just a mediums to get to the point, but worth nothing without the first idea. Expand your musical horizons.

There is one thing that is even more important than delivering a great sounding mix. The mix needs to be catchy and engaging. Most likely...