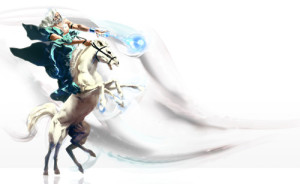 In the first 2 segments of this series, we started dispelling some popular audio myths.

In part 1 we learned you can stay away from 0dBFS, the gear you already have will get you 80% there with your mixes and digital sounds just as good as analog! Then in part 2 I exposed why eggboxes can’t replace acoustic panels, that you don’t need to spend a weekend mixing one song and that mixing in mono is still useful!

But let me wreck a few more tales in this last segment… Today is all about mastering!

#7 You Can’t Do Mastering In Your Home Studio

The mastering engineer Ian Shepherd can teach us on this, as he built his own home mastering studio out of a humble room a while back, and now he does good mastering demos and assessments there. Is it because the room is filled with expensive equipment? No, it’s not, as he’s only using affordable gear there! He can do that because he learned his own stuff and he has the skills to get the job done.

As for mixes, there’re no reasons why you can’t get decent masters out of your gear, provided you know how it sounds! That’s a general rule but it’s key for mastering: learning your equipment and making your educated decisions accordingly. It might sound harsh to you but, even for what concerns mastering, it’s not about the gear. It’s about you and your skills, both things we need to develop over time if we want to get better. We can’t get them at Sweetwater, unfortunately.

#8 It’s Not Been Mastered Yet! That’s Why It Sounds Bad…

This one is very popular…Let me break it down for you in a few words. If your mix sound bad, so will be the master. Period.

Mastering is a critical and delicate step of music production, but it is NOT meant to fix bad mixes. The whole purpose of mastering is getting the best overall balance of a track or album, while fixing minor things if needed, helping the music to translate well on the widest variety of listening environments.

If you think your mix sounds bad because it lacks mastering, then think again, ‘cause you’re really missing the point here. Go rework your mix, get the right balance, find a spot for each element and and make it shine prior mastering. Pretend you don’t have a mastering stage!

#9 If It’s Not Super Loud, People Won’t Listen To It

In the past years the music industry touched its worse peaks for what concerns loudness. The so called “Loudness Wars” completely squashed and destroyed a big chunk of the music around. But then, in the recent couple of years or so, something happened and, as always when you reach a turning point, things started changing and music is really getting better this time.

Yes, because they finally proved that people won’t care about volume! Think that some squashed records from Green Day or Muse have recently been remastered in a more dynamic way…

So, if you’re going to master your own song, don’t destroy them just for the sake of loudness! Again, it’s scientifically proven that won’t help, and so it’s a pointless thing to do. Read a few mastering guidelines and keep some dynamics and life in your song!

If you reached this point, read about all the myths and maybe even checked out a few other post, then you obviously care a lot about your music. You really want to learn and improve, and this is a huge leap forward. Many people don’t get there…But you did it, you choose the smart way!

So now keep going down this road, don’t get cheated by al the popular beliefs you may read around. Always ask for a scientific or tangible proof before believing something. This way you’ll be able to distinguish what’s real from what’s fake, make smarter decisions, expand your knowledge and make better music!

In part 1 of this series, we started dispelling some popular audio myths that float around us. As a recap, you don’t need to record everything as...